Who Is Ella Higginson? 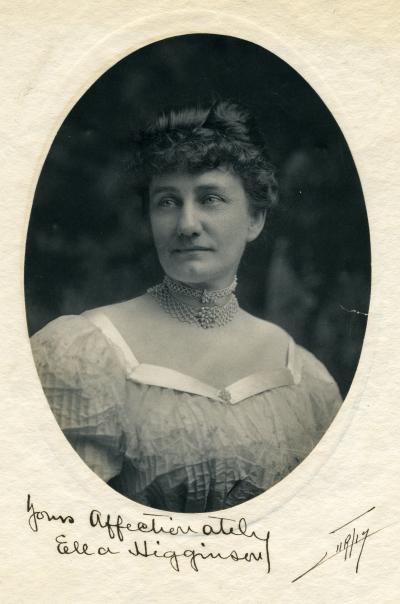 "Ella Rhoads Higginson (January 28, 1862?-December 27, 1940) was a prominent American author. She wrote award-winning fiction, poetry, and essays characteristically set in the Pacific Northwest region of the United States. She was the author of two collections of short stories, six books of poetry, a novel, a travel book, well over one hundred short stories, over three hundred poems, and numerous newspaper essays. She was influential for the ways her writing drew international attention to the then little-known Pacific Northwest region of the United States." 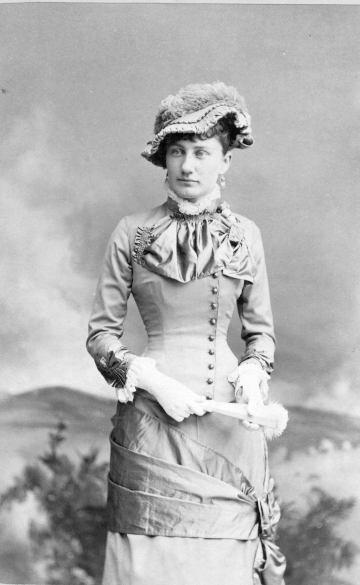 A Life Sketch of Ella Higginson

"Ella Rhoads was born in Council Grove, Kansas, to Charles Reeve[s] Rhoads and Mary A. Rhoads. She was the youngest of six children. In 1863, the family traveled by wagon train from Kansas to Oregon and first settled in Eastern Oregon’s Grand Ronde Valley. They later moved to Portland, then to a farm near Milwaukie, then to Oregon City. Ella was privately tutored and also attended public school. At age 23, she married Russell Carden Higginson, age 33, a druggist from the Northeastern United States. He was a distant cousin of New England writer and abolitionist Thomas Wentworth Higginson."

"In 1888, Ella and Russell Higginson moved to New Whatcom (later Bellingham), Washington where they would live the rest of their lives. During their marriage, Higginson and her husband traveled to the Northeast United States to visit his family and to Honolulu for her husband's health. Higginson herself traveled to Alaska for four consecutive summers as part of the research for her travel book. In 1892, the Higginson house in Bellingham was built. On May 14, 1909, Russell Higginson, age 57, died after a short illness. During WWI, Ella Higginson ceased to write during the war years and volunteered full-time for the American Red Cross. She died on December 27, 1940, at age 78, having been ill most of the year. She left an estate of about $60,000. She is buried in Bayview Cemetery, Bellingham, Washington beneath a self-designed granite monument adorned with four-leaf clovers, a reference to her most well-known poem."